Why You Should Add Mexico City to Your RTW Itinerary 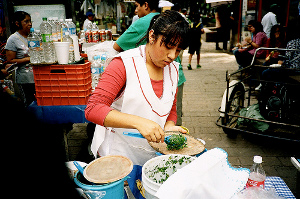 Mention travel to cities in Mexico outside of the Caribbean and Pacific resort towns, and you may be met with a skeptical look. The media has managed to portray this entire country as a war zone, plagued by drug cartels and kidnappings of westerners. While there are some extremely dangerous parts of the country, and you should always be careful when traveling to a country with as much violence as Mexico, there are still plenty of places to go that are perfectly safe.

Mexico City is one of those places that should not be skipped because of fear. Heading to one of the largest cities in the world and seeing all they have to offer should be on any traveler lover’s wish list. If you are planning a big, round the world trip, I would suggest doing some research on a country like Mexico. Adding Mexico City to that round the world trip itinerary would be a fantastic idea, especially if you are from the US or planning on traveling around Central America for any length of time.

Did you know that Mexico City has the largest number of museums in the entire world, ahead of both New York City and London? Have you heard about the amazing street food on offer for prices that will keep your budget in the green for a long time? The beauty of traveling to Mexico City on your RTW trip is that you can do it on nearly any budget you want. If you’re a backpacker with limited funds, it’s not difficult to get by on $25-$30US/day. If you have a higher budget and want to do it up right, there’s plenty of top notch hotels and restaurants waiting for you. No matter what type of traveler you are, Mexico City will have something for you.