Things You Should Know About Mazatlan

Taking a trip to a Mexican beach resort town shouldn’t require studying a huge amount of pre-vacation material, but when the town for which you’re headed has some surprises in store – let’s just say it can’t hurt to be well-informed. Mazatlan offers all kinds of surprises – mostly of the extremely pleasant variety – and some of them are good enough to sway you toward choosing Mazatlan over other resort towns in Mexico.

Here are the things you should know about Mazatlan.

You can drink the water. 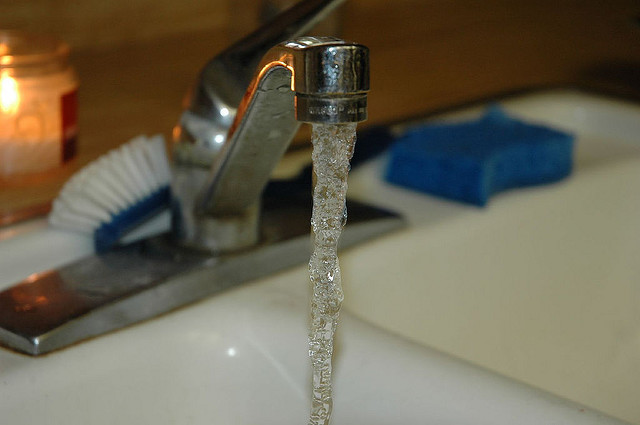 Getting sick while traveling is tough to avoid in some places, especially when you’re not accustomed to brushing your teeth with bottled water or shunning ice cubes in your soft drinks, so it’s a major plus when you get to Mazatlan and find out you can drink the water (yes, the tap water) pretty much everywhere. The big resort hotels, like big resort hotels nearly all over Mexico, have purified water – but even in small, local restaurants around the city you don’t have to worry about ice cubes in your drinks. If the taco stand where you stop to have lunch doesn’t have a water supply and all they’ve got for washing up is a bucket full of water, you might want to steer clear of ice cubes – but otherwise, it’s just not something you’ll need to worry about, which is a huge relief.

The beaches are public. 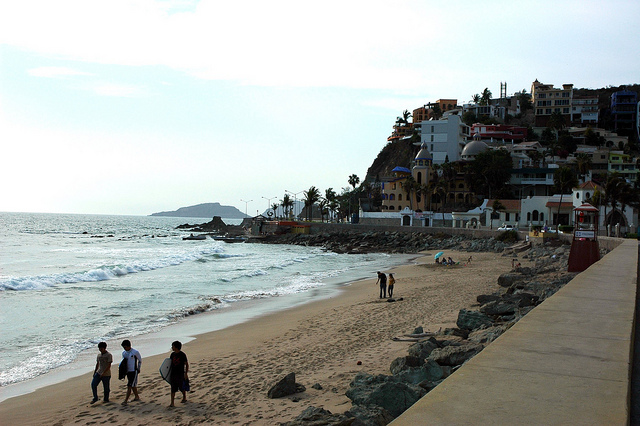 Vacationers are used to seeing private beaches connected to big tourist resort hotels, especially in places that are famous beach destinations, and there are some private beaches on resort property in Mazatlan. The beaches in the historic center, however, are public, open, and absolutely free. There are plenty of small hotels in the center, too, so although you can’t walk from your room straight onto the beach, you can get to the beach from your hotel with only a short walk.

This is tomato and shrimp country. 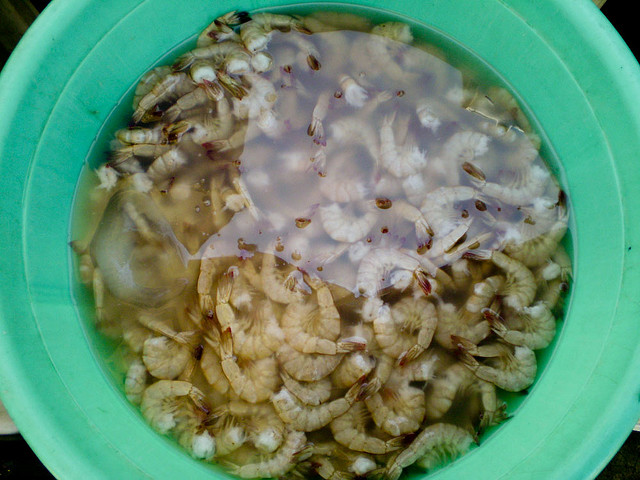 The state of Sinaloa, of which Mazatlan is a part, is considered the tomato capital of Mexico. In fact, you’ll see a tomato on all the Sinaloan license plates. (The colors are often faded enough that it vaguely resembles Florida’s orange license plates.) Mazatlan itself is considered the shrimp capital of Mexico. As a result, you’ll see plenty of both ingredients used in local restaurants. Seafood in general is a very big deal in Mazatlan, as you can imagine, and another popular fish on menus is the marlin. There’s a marlin soup (with a tomato base) that’s commonly sold only on Sunday mornings at taco stands throughout the city, as locals think of it as an excellent hangover cure.

You’ll hear the historic center referred to as “colonial,” but it’s really not. 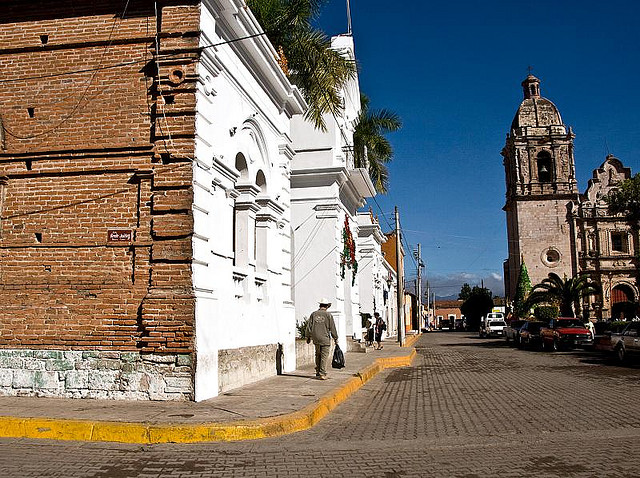 Mexico has a plethora of colonial towns, many of which are tourist attractions for their beautiful architecture. While Mazatlan is special in that there’s an historic town right on the beach, that town isn’t colonial – it’s actually post-colonial. Okay, yes – this is nitpicking a bit, but a little historical context is a good thing. During the colonial period, Mazatlan as we know it today didn’t exist, and the area was sparsely populated. It was technically founded in 1531, but wasn’t until the early 1800s that Mazatlan grew into more of a town, and the historic buildings in the center date from the 19th century.

There are big tourist resort hotels in Mazatlan, but they’re not in the historic center.

Mazatlan, like any Mexican beach resort town, has its fair share of all-inclusive resort properties. Unlike most beach resort towns in Mexico, however, the town didn’t grow up around the resorts. The resorts were built quite a distance from the historic center – it’s usually about a half-hour if you’re driving – and though most of the people who stay at the all-inclusives venture into the historic center during their visit, you don’t feel as if you’re surrounded only by resort vacationers when you’re in the old town. Should you decide to stay in one of the all-inclusives, just keep in mind the time it’ll take to get into town.

There are taxis, and then there are pulmonias. 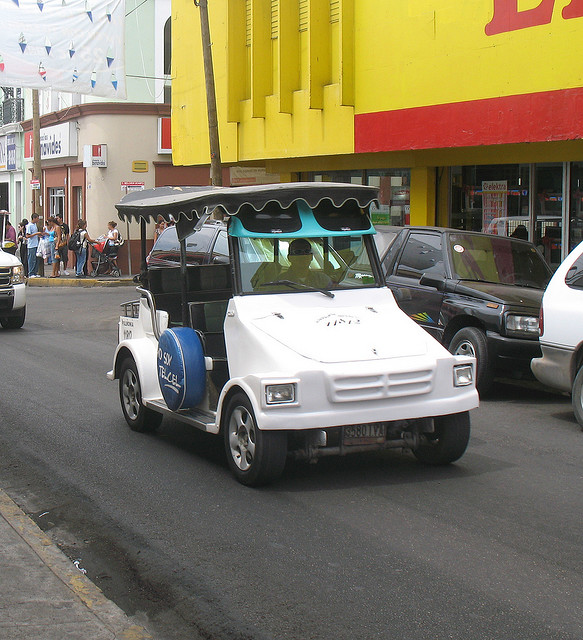 Mazatlan has taxi service like any sizeable city, as well as public buses that are pretty much locals-only (the system for figuring out which buses go where is more than a little challenging to discern if you’re not familiar with the area), but for a few pesos more than a regular taxi you can zip around town in one of the souped-up golf carts that you’ll find nowhere else. They’re called pulmonias, and they’re great fun when the weather’s nice, since they’re open on all sides. It’s still a relatively cheap method of getting around, so even though the (boring) normal taxis are cheaper, a pulmonia ride is worth it.

This is the city that gave birth to Señor Frog’s. 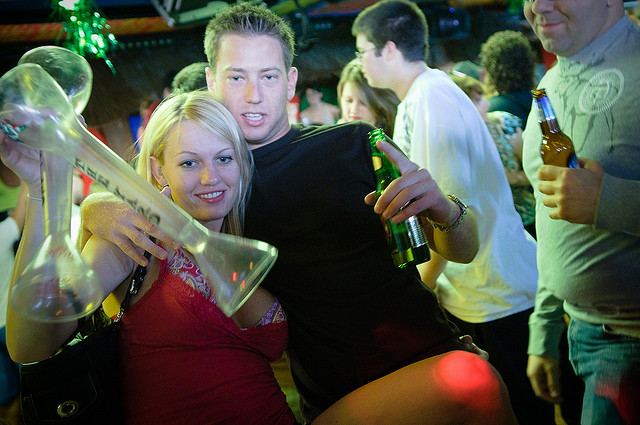 Señor Frog’s is the kind of place that, now, is sort of ubiquitous in Mexican beach towns, and is intended to be an identical experience no matter where you go. This isn’t where you go when you want a “sense of place,” by any stretch. But it may interest you to know that the very first Señor Frog’s was opened in Mazatlan, way back in 1970. There’s a big Señor Frog’s in Mazatlan, with a gift shop that’s nearly as big as the bar/restaurant itself. As a side note, when you’re crusing along the Malecon (the main road that runs along the beach), keep an eye out for the statue of the frogs in a pulmonia – an homage to Señor Frog’s.

Germany has left its mark on Mazatlan. 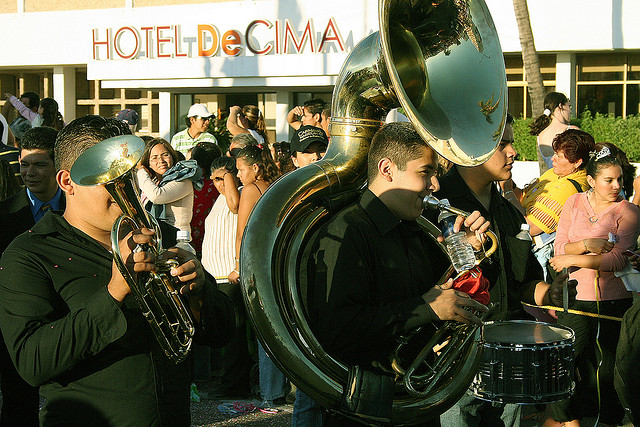 Not long after Mexican independence in the early 1800s, German immigrants began arriving in Mazatlan in large enough numbers that they ended up altering the city’s personality. Today, the most obvious signs of German influence are the local Pacifico brewery started by German immigrants in the city, and the local “banda” music that’s a mix of Mexican mariachi-style music and Bavarian oompah music. It may sound like it wouldn’t quite work, but somehow it does.

The airport has an official mime on duty. 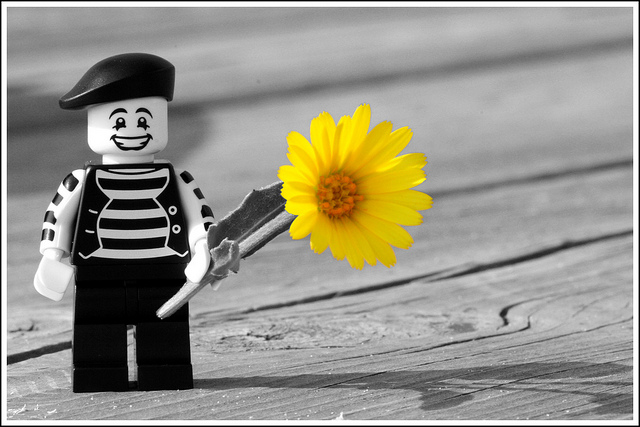 Okay, this isn’t actually something I can confirm, except to say that my flight was greeted by a mime who was wearing an official airport staff security badge, and I saw photos of the mime throughout the airport “performing” various duties – mostly mimicking passengers as they went about their passenger-y business. The Mazatlan airport website doesn’t have a “what’s with the mime?” question on their FAQ page, nor does a search for the word “mime” yield any results, but I know what I saw. (Also, there are random references to an airport mime in a few other spots I’ve seen online, but still. I’d like more concrete information. If anyone’s got some, please send it my way?)

Full disclosure & whatnot: I visited Mazatlan as a guest of the Mazatlan Hotel Association, but my opinions are completely my own.