Tequila: Everything you wanted to know about Mexico’s national drink 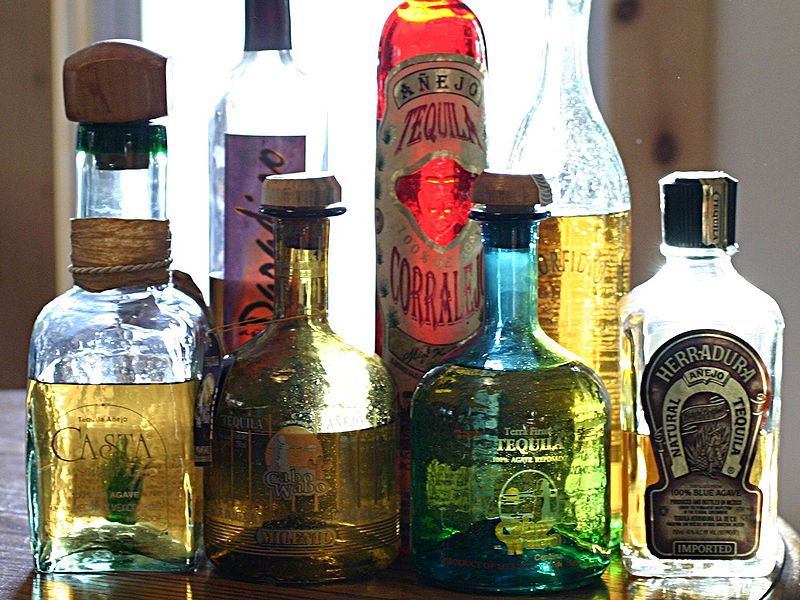 Say “tequila” in a group of people and and you’ll immediately incite some pretty passionate reactions. The mere mention of the word will make some people cringe (and maybe even gag a little), as they remember a night that involved a few too many shots of the potent liquor. Some of my friends even seem to have a personal vendetta against tequila, remembering a night when they took too many shots in a crowded dorm room and spent the rest of the night (and maybe a good part of the next day) hugging the toilet.

However, despite the hoards of people who have sworn off the drink entirely, I have always loved tequila. Ok, maybe not always, but certainly since I reached an acceptable drinking age (which was definitely before it was legal). The margarita is one of my favorite cocktails and tequila is the only liquor I will really consider shooting (though I don’t recommend doing this often or in excess).

Whether you love it or hate it (or love to hate it), tequila is one of Mexico’s most famous exports and the national liquor. Curious about where this potent, high proof liquor comes from? Read on…

Tequila is distilled from the juice from the blue agave plant, which is a cactus-like and sweet plant that grows well in hot, dry climates (i.e. Mexico). Although the tequila most of us know today was not mass produced and exported until the 19th century, Aztecs had long been distilling and drinking an alcoholic beverage made from the agave plant called octli. In the 16th century, the potent drink of the Aztecs was discovered by the the Sapnish conquistadors and the liquor was first bottled and produced in larger quantities from the town from which the drink got it’s name, Tequila, Mexico in the Jalisco state. 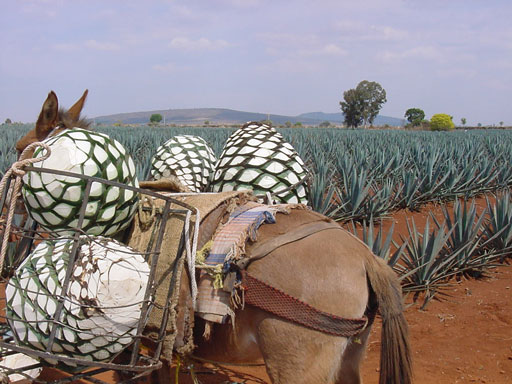 In the late 1800s, Don Cenobio Sauza (founded of Sauza Tequila and nicknamed the “Father of Tequila”) became the first man to mass produce and export tequila outside of Mexico. However, although the first to export tequila to the U.S., Sauza got his start working in the Jose Cuervo distillery before buying up his own distillery and agave fields, and Sauza remains one of Cuervo’s main competitors to this day.

The Champagne of Tequila

The volcanic soil near the town of Tequila is perfect for growing the blue agave, and about 300 million of this cactus-like plants are harvested each year from this area. Although tequila can be made anywhere in Mexico (it’s not like Champagne, in which sparkling wine can only be called Champagne if it was made in that specific region in France), the most famous and arguably best tequilas do in fact come from the state of Jalisco.

There are many different varieties of Tequila, but there are two basic categories of the liquor—mixtos and 100% agave.

Mixtos: These types of tequila can contain up to 49% of other sugars in the fermentation process other than agave. While these tequilas are often much cheaper, they are probably the variety that makes your friend dry heave at the thought tequila. Agave sugar is fructose-based, and is easier for the human body to break down. Mixtos use both glucose and fructose sugars, making it harder for the body to break down, and therefore giving bigger badder and more atrocious hangovers.

100% pure Agave: I was once told “Life is too short to drink cheap booze,” and in the case of tequila, this is definitely the case. Although much more expensive than the “mixtos,” 100% puer agave tequilas are not only a whole lot smoother, but are also a lot easier on the body (i.e. you can have 3 margaritas with your girlfriends and not want to kill yourself the next day).

Tequila is usually bottled in one of five categories:

How to Drink Tequila

Outside of Mexico, you will typically see tequila shots served with salt and lime (nicknamed the inappropriate sounding “lick-sip-suck”). However, while this is the preferred way to shoot tequila in the U.S., in In Mexico, tequila is drunk straight, without salt and lime. It is popular in some regions to drink fine tequila with a side of sangrita—a sweet, sour and spicy drink typically made from orange juice, grenadine (or tomato juice) and hot chilies. Equal-sized shots of tequila and sangrita are sipped alternately, without salt or lime.

When I was living in France, I also saw people shoot tequila blanco with cinnamon and followed by an orange slice in place of the traditional lime and salt.
Body shots with tequila are also popular—licking salt from a willing participants body, taking the shot and then grabbing the lime with their mouth from the shot “giver’s” mouth.

Drink it Neat
Tequila bars are becoming increasingly popular, where patrons can sample high end tequilas and drink them with no mixers or chasers. When tequila is served neat, it is traditionally served in a narrow shot glass called a caballito (“Little Horse” in Spanish), but can often be found in a variety of glasses. 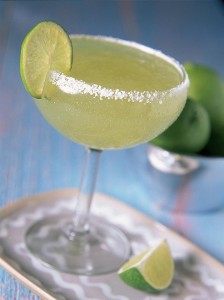 Tequila Slammer : made with equal parts tequila and a carbonated beverage, often 7 Up, ginger ale, lemonade, or Mountain Dew. Champagne can also be used, and this is called a Slammer Royale or Golden Slammer.

Tequila Suicide: At some bars in Mexico, you can get a free shot of tequila if you volunteer to consume it this way. A tequila suicide is just as brutal as it sounds and involves arranging two slices of lemon, a shot of tequila, and a line of salt on a plate so it resembles a smiley face. The procedure is then to sniff the salt and squeeze the slices in each eye before drinking the shot in one gulp.

Tequila Sunrise: Although the original tequila sunrise was made with tequila, crème de casis liqueur (made from black currants), lime juice and soda water, the more popular version of this cocktail is made from tequila, orange juice and grenadine.

Matador: Lesser known than the margarita, but equally delicious is the Matador, which is made from tequila blanco, pineapple juice and lime juice.

Margarita: Although there are as many variations and recipes for the margarita as brands of tequila, this is the most common tequila-based cocktail, made with tequila mixed with triple sec and lime or lemon juice, often served with salt on the glass rim.

Julie’s Margarita: I like a 2:1:1 ratio in my margs, meaning 2 parts tequila to equal parts citrus liqueur Cointreau and fresh lime juice. FRESH lime juice is absolutely essential in a good margarita, as margarita mixes and limeades have too much sugar, making the cocktail far too sweet.