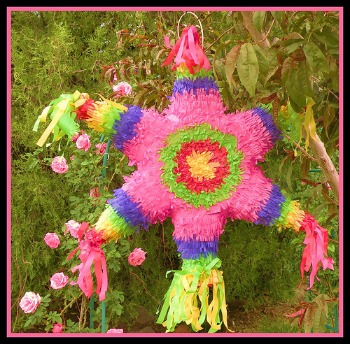 One of the most common misconceptions among those who aren’t very familiar with Mexico is that Cinco de Mayo – a popular holiday in the United States – is also Mexico’s biggest holiday. It’s not. It’s a holiday, sure, but it’s not even recognized as a national holiday throughout the country.

What that means for party-seekers is that the best places to go for Cinco de Mayo aren’t necessarily in Mexico. Cities in the U.S. that have large Mexican populations have some of the best Cinco de Mayo celebrations out there, and are more likely in general to have food and music that’s more authentically Mexican.

Having said that, if you’re already planning to be in Mexico over May 5th – or if you’d just like to find out what part of the country celebrates Cinco de Mayo – then you’ve got to head for the state of Puebla. Cinco de Mayo commemorates the defeat of the French by the Mexican army at the Battle of Puebla in 1862, so it’s only natural that this is the area that marks the holiday with festivities.

While May 5th in much of Mexico is a relatively normal day, May 5th in Puebla is a state-wide official holiday. It’s a day of music, dancing, and lots of great food – similar to what you might find at a Cinco de Mayo celebration north of the border. As mentioned, since the parties in the U.S. are growing (in size and popularity) each year, don’t expect the Cinco de Mayo celebrations in Puebla to be bigger than the ones in the U.S.

May 5th falls on a Thursday this year, which means anyone who’s looking for an excuse for a weekend trip to Mexico will have to make it quite a long weekend. There are, of course, worse reasons to take a Mexico trip – and since the beginning of May is right at the start of the country’s low season, you may get lucky with some great travel deals to Mexico as well.

>> Have you been to Puebla for Cinco de Mayo?