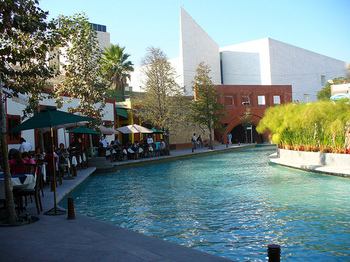 The Museo de la Historia Mexicana is one of the most popular things to do in Monterrey. It is composed of pre-Hispanic, colonial and modern exhibits that illustrate the numerous changes Mexico has undergone in its rich history. In the first room, you will learn about religion, economy, social classes, culinary traditions and other important aspects of indigenous life. Later, the story of Hernán Cortés invading Tenochtitlán is vividly demonstrated and you will see how Spanish and indigenous cultures mixed to form what is now Mexico.

>> More information on things to do in Monterrey.

The next two exhibits show some of the major developments in the 19th and 20th century while highlighting some major political changes Mexico underwent during this period. There are also temporary exhibits that show how Mexico has developed culturally and socially and these shouldn’t be missed. If you’re interested in Mexican history, this is a simple, yet interesting way to explore. There is also a library and book store so you can find plenty of resources to help expand your knowledge.

The admission price is 40 pesos. Children under 12 experience the museum for no charge. Guided tours are also offered for free during museum hours and you can choose between English, Spanish and French. You can reserve a spot for a tour by emailing visitas@3museos.com but this is recommended for larger parties. If you are with a few other people, you probably won’t have a problem going to the museum that day and getting a tour.

Parking is located on Diego de Montemayor Street. This site is close to a few other interesting attractions, including the Paseo de Santa Lucia, which is a great place to stroll or find a place to eat along this man-made canal. Find more information about the museum at the official Museo de la Historia Mexicana website.