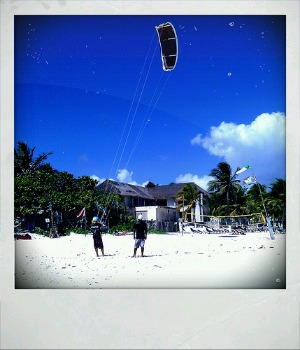 Mexico has been in the news for the last few years, and for several not-so-pleasant reasons. Drug violence in some parts of the country is a very real problem, and it’s the kind of thing you shouldn’t ignore if you’re planning a trip to the country and haven’t yet decided where to go. The country isn’t mired in violence, however, and in fact there are some pretty great travel bargains in perfectly safe areas as traditionally popular tourist destinations attempt to bring travelers back. In other words, this is a good time to get a deal on a more luxury trip to Mexico than you might ordinarly be able to afford.

There are several things you can do to experience exotic destinations on a budget – such as avoiding the usual high-end resorts and seeking out less famous places nearby. They’ll have similar (if not identical) perks without the high prices. In the case of Mexico, that usually means passing Cancun and Playa del Carmen and opting instead for a place like Isla Mujeres. You can also save money by avoiding the high season and choose to travel during shoulder season. In Mexico, the shoulder seasons are typically the late spring and the fall.

That’s all the old common wisdom, however. Today, you’re just as likely to find more bargains in popular places along the Riviera Maya – bargains that haven’t been available in years – as people cancel Mexican vacations in favor of holidays in places like Hawaii or the Caribbean instead. Yes, you may get some strange looks from people who don’t know any better when you tell them you’re going to Mexico on vacation, but as long as you’re not going into the parts of the country that are genuinely dangerous right now you’ll have nothing more to worry about than if you were going to a beach resort in any other part of the world.

Remember, however, that your safety is your responsibility. Before you get too giddy about the cheap hotels in Tulum, do your research. Read the latest travel warnings for Mexico, read the reports of travelers who have been there recently, find out where the violence is (and, equally as important, is not), and form an educated opinion of the circumstances.