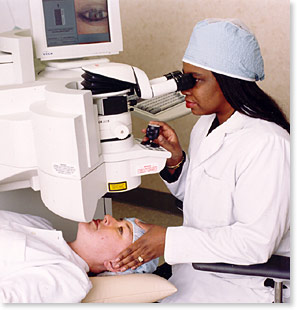 With medical costs in the United States continuing to soar and insurance companies wanting to pay for fewer and fewer medical procedures (and lots of Americans finding themselves uninsured), Medical tourism has started to gain immense popularity around the world. Travel costs are dipping, and with procedures costing thousands or tens of thousands of dollars less in other countries, Americans are flocking to other countries to have their medical work done. Mexico is one of the hottest destinations for medical tourism, both because of its proximity to the United States and the increasing number of safe, clean, and cheap medical facilities and well trained doctors. When my friend Lena went to Mexico on a recent trip, she and her mom used the opportunity to have several moles laser removed at a fraction of the price. It was clean, safe and saved them lots of dough they could use on their vacation instead. If you are looking to get that next nip and/or tuck done, but not sure you want to spend your life’s savings or retirement to do so, than going to Mexico may mean you can look younger and still have enough money to retire before you’re 80.

While Tijuana, located just across the border from San Diego, has developed a reputation of being mostly a sleezy border town with a problem with drug gangs, this town also boasts some of the best medical facilities in the Americas. Americans flock to this border town for procedures like laser eye surgery for less than half the price just a few miles north in San Diego. Proximity to a large number of American patients has also led to a proliferation of dentists, plastic surgeons and private clinics along all of Mexico’s northern border. With medical staff in these border facilities often completing their training in the United States, more and more Americans are feeling safe about having medical procedures done south of the border.

Because most insurance companies in the U.S. do not cover elective surgeries like cosmetic, gastric bypass or laser eye surgery, these three procedures have begun to gain more and more popularity in Mexico. Dental work is also one of the most common procedures for Medical tourists. Like with other medical procedures, dental work is also much cheaper south of the border, and with many of Mexico’s dentists trained in the U.S., Americans feel comfortable getting their root canal or filling done across the Rio Grande.

As with any sort of medical procedure, I recommend doing extensive research on both doctors and medical facilities before you book your ticket to Mexico for your next procedure. While there are many high-tech, safe and clean medical facilities in Mexico, not all hospitals adhere to the same standards as American hospitals. Remember also that you are in an undeveloped country. But, Mexico is for the most part, a cheap, safe and great option for those looking to save some money on medical care and maybe even tack on a great vacation.