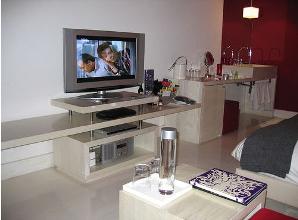 Choosing the perfect hotel for your vacation in Mexico can really make a difference. Not to mention it can really break your budget as well. Over the past years, the general trend has been for the hotel room prices to continue to go up to almost insane amounts of money.

Generally speaking, the most important factor which will determine the room price is the season. Because most cities and hotels have a high season –in Mexico from December to April -, the prices are at their highest –including the airfare- and the hotels are most crowded. Since the off season generally means the hurricane season in the resort areas we won’t advise you to put your vacation at risk just to save money, but choosing to visit Mexico in the shoulder season –which is the about a week before and after the high season- represents a good way to save money, while you will still be enjoying the same weather as during the high season.

There are many types of hotels in Mexico. From the luxury all inclusive hotels in the resorts to the 2-star or 3 –star hotels in the cities, plus everything in between. When choosing the accommodation pay attention not only to the category but also to the amenities and location, which can –and do- influence the price per room.

In general, the closer to the tourist attraction or the beach, the higher the prices would be but exceptions can be found. However, in the popular resort areas such as Cancun or Acapulco the prices are higher than average no matter what hotel you book.

And speaking of booking…don’t forget to book your room well in advance. As the high season approaches it’s getting hard to find available rooms. Travel agencies generally book rooms in “bulk” hence being able to offer discounts and really affordable packages but that also means those rooms –whether booked or not via the agencies – will not show in the online searches.

In Cancun, expect to pay as much as US$380 to US$540 per night per room during the high season for a superior double room in a 4 star hotel located very close to the beach.

Having a heart-attack looking at those prices? Don’t. There are also 2 star hotels where you can book a room for little above US$50 per night per room. The rooms are equipped with color TV, there is a telephone in each room and the bathrooms have a shower (but not a tub).

In Acapulco, for a double room in a 4 star hotel located close to downtown, expect to pay about US$120 per night per room. Pay attention that at some hotels the taxes and fees are not included in the room price.