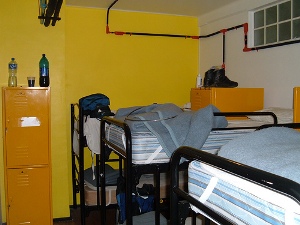 Catering to budget travelers and backpackers in particular, hostels are a very good option if you want to save some money while spending your dream vacation in Mexico. Hostel life might not be for everyone, but you can easily choose a hostel and type of room to suit both your taste and budget.

Before booking your hostel bed/room you should consider the following:

If you are heading to Mexico City during March (right before the hottest period of the year), at Hostal Montejo, one of the best rated hostels in the capital, expect to pay US$16 per person per night in a double private room.