Getting from Mexico City to Cancun 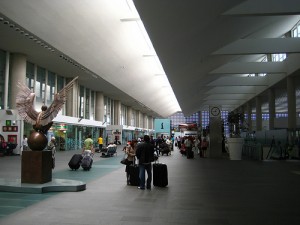 Mexico City , the capital of Mexico, is one of the largest cities in the world. It is a huge place and is definitely hard to tackle for those who visit it for the first time. Still, with a good map in hand and relaying on the public transportation, you can figure this place out. Plan to visit at least some of its landmarks – Zocalo, La Catedral, the crafts market or Torre Mayor – before traveling to other parts of the country.

Cancun is definitely a place to visit if you are looking for sun, sand and fun, or if you plan to check out some the Mayan sites located close by: Chichen Itza and Tulum. Regardless of your reasons for traveling, you should know what means of transportation are available and what you should expect in terms of budget.

The cheapest and hassle-free way to travel between Mexico City and Cancun is by plane. Thanks to the many low cost carriers flying between the two cities, fares start at US$68 one way during the shoulder season.

Cancún International Airport (CUN) is Mexico’s second busiest airport and also the busiest in Mexico and Latin America for International passengers. The airport is not hub for any airline.

Flights from Mexico City to Cancun are run by Aeromexico , Interjet, Magnicharters, VivaAerobus and Volaris. The flight time is about 2 hours.

Buses from Mexico City to Cancun 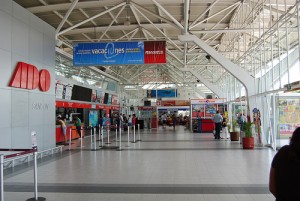 It is possible to travel by bus from Mexico City to Cancun, but you’ll have to have a stop along the way, in Coatzacoalcos. ADO Buses covers the entire route.

Driving from Mexico City to Cancun

You can rent a car and drive the 1608 km between Mexico City and Cancun. The total drive time is about 18 hours so make sure to plan some stops along the way.