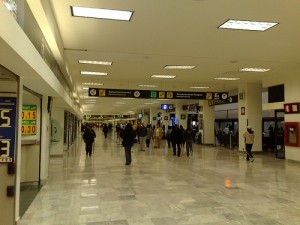 Although Mexico is a very important vacation destination in Central America, tourists often ignore Mexico City and head to the Mayan Riviera or visit the Mayan archeological sites. Still, since Mexico City is served by the busiest airport in the country, finding cheap flights into the capital isn’t always a headache.

One airport in Mexico City

How to find cheap airfare to Mexico City

The easiest way to save on flights to Mexico City is to travel outside the high season. During the shoulder season the prices are lower and you won’t have to deal with the crowds of tourists, either.

Avoid flying during the weekend when the fares are higher. Travel mid-week and don’t forget to look for sales especially from the airlines which use Mexico City as hub. Also, consider connecting flights, which are often cheaper than direct flights.