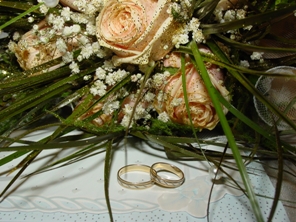 The next time one of your friends gets engaged ask the girl whether she’d like to go to Mexico and get married. If she is giving it another thought it means she doesn’t like to travel. Because having a destination wedding in Mexico is a dream come true for most of the girls, even if they don’t care much about traveling.

Weddings in Mexico have been popular mostly among Northern Americans for a long while. Although new romantic destinations pop up every year, Mexico is still among the preferred ones, especially for the Americans. Just type “wedding in Mexico” in any search engine and the results would most likely overwhelm you. Depending on your budget, you can choose among the numerous companies that do absolutely everything for you: from translating the documents to booking the hall and the honeymoon.

While technically you can do all the arrangements for your destination wedding in Mexico, we don’t recommend that unless you have a lot of free time, speak fluent Spanish and live near a Mexican consulate. Hiring a wedding organizer even if it’s only for the paperwork, it’s definitely money well spent. Also, makes sure they are based in Mexico and have all the proper connections to arrange everything.

Although religious ceremonies can be arranged, only civil ceremonies are recognized as legal in Mexico. Also, you should know that Mexico is predominantly Roman Catholic which means you will need to obey the rules if you want a religious ceremony as well. And by the way: eloping and Mexico don’t go too well together either, so forget about doing that.

Requirements vary from city to city, but in general, here’s what US citizens need for the civil ceremony in Mexico:

Pay attention that the medical tests must be done within a certain time frame before the wedding. You will also need to have 4 (four) witnesses at the ceremony and all must have valid identification (passport). The marriage certificate is valid outside Mexico but you need to get it “legalized” before you leave the country.

For the US citizens the process of legalization is undertaken by the Office of Authentication at State Department.

After you are done with gathering the paperwork you need to pay the Marriage License fee, which is about US $ 30 (but depends on the exact location) and then wait for a period of time (30 minutes up to several days). After that you can get married.

Among the most popular destinations for a wedding in Mexico, there are:

Congratulation on the upcoming event and have a lovely time at your wedding in Mexico!