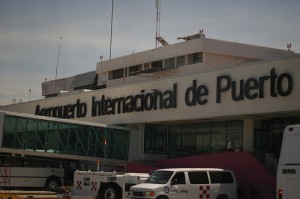 Puerto Vallarta is a popular resort and city on the Pacific Coast of Mexico. The beaches and the jungles offer plenty of possibilities to spend your time if you seek adventure; while the high end resorts and world-class dining appeal to those seeking luxury.

Puerto Vallarta can get really crowded during the high travel season. It is also crowded during local holidays, so if you plan to avoid the crowds, head to the capital of Mexico City instead.

Puerto Vallarta is served by a variety of low cost carriers, which makes flying here affordable.

Licenciado Gustavo Díaz Ordaz International Airport (PVR) is the airport which serves Puerto Vallarta. It is linked to the city by public buses and taxis.

The low cost airlines flying to Puerto Vallarta include:

How to find cheap flights to Puerto Vallarta

If you plan to book a cheap flight to Puerto Vallarta, make sure to look for flights in advance. Avoid flying during the weekends and opt for mid-week , as you want to avoid the rush of tourists and the higher airfares.

If you fly from Europe, you’ll need to make a stop somewhere along the way. Consider flying through large Canadian hubs , particularly if you plan to grab a low cost flight.

Last minute deals are also good options, especially if you travel on the spur of the moment.