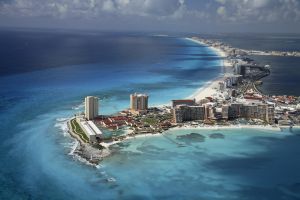 What could possibly be better than great beaches, warm weather and great international films? Although less glamorous and not as widely known as the famous Cannes Film Festival in France, the Cancun International Film Festival (CIFF) in Cancun, Mexico has gained considerable publicity as the biggest Hollywood stars realize they can work on their tan lines and promote themselves all at the same time. Plus, Mexico is already the favorite destination for many stars, so why not mix business with pleasure?

The festival, which is in only its second year, will take place November 3rd through the 9th in 2008. Planning a trip to Cancun at the same time? You may want to book your hotel well in advance as the increased international tourist traffic does increase during this time and it may be harder to get a room.

The agenda at the CIFF includes screening of hand-picked international films including specially selected Latin American films, Gala premiers, celebrations, special events, parties and fashion shows. Although you may have trouble getting onto the red carpet if you aren’t an A-lister, the film festival will bring glitz and glamour to the whole city. If you are a passionate star-spotter, than this is the time and place to not only get a great Mexican vacation, but also see some of your favorite actors and actresses. Plus, if you are lucky, you may even be able to score a couple tickets to one of the screenings.

More Details about the Festival