Best Places to Party Over Spring Break in Mexico 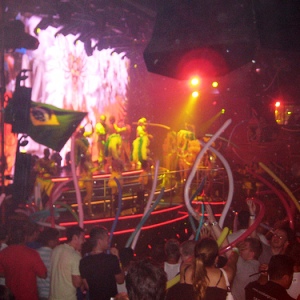 WhyGo Mexico already talked about the Top Spring Break Destinations in Mexico but now it’s time to go a bit deeper and learn some about the top hot spots to party. With the drinking age of 18 in Mexico, it’s no wonder that American students flock here to have fun and party! So whether you are heading to Cancun, Acapulco or Puerto Vallarta, you’ll know what clubs to check out.

There are plenty of great clubs in Cancun and those who’ve studied the party scene for a while surely know what they talk about!

Señor Frogs is a restaurant by and a hot night club by night. Party goers in Cancun agree that this is, by far, the best choice for partying over the Spring Break. The atmosphere is quite crazy and you’ll find here an interesting mix between a water play amusement park and a bar. Add some music (live on some nights) and the atmosphere gets hot!

The City claims to be “the best night club in Cancun”. We’ll let you be the judge of that. What’s sure though is that the club is one of the new party joints. College kids show up here to party but they don’t dominate the scenes. Still, it’s a good place to act crazy and have fun!

Coco Bongo is all about live music and DJs. It’s considered one of the hippest clubs in Cancun. The atmosphere is sexy and the music amazing. The place is huge (30,000 capacity) and the feeling is so different compared to other venues.

Fat Tuesdays Club has been the official MTV Spring Break club for the past 4 years. You can dance both outdoors and indoors. The club is famous for the biggest daiquiries in Cancun. The place is popular but pretty small which means it’s always crowded.

>>Don’t forget to read about Hotels in Cancun

Acapulco may be a destination favored by many age groups but during Spring Break everything changes and all the hip clubs are over-run by the American kids coming to party!

Disco Beach, as the name implies, is an open-air disco located right on the beach. They are best known for the Friday foam parties. The place is excellent if you are looking for a place to dance the night away and mingle with the 20-25 year old party goers!

El Alebrije is another venue where you’ll find the teens dancing the night away. The club features an immense dance floor is animated by party goers dancing on the Latin music rhythms or fast-pace disco. During the Spring Break, the American kids flock here to party all night long! 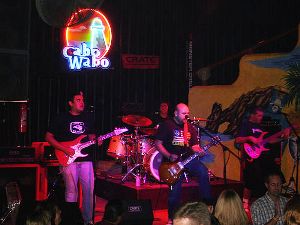 Cabo San Lucas is known for the vibrant nightlife during the Spring Break. There are more relaxed places to check out but whether you like to party all night or just enjoy a cocktail on the beach, here you can find everything you desire!

Cabo Wabo Cantina is owned by rocker Sammy Hagar and is one of the best places to party in Cabo San Lucas. During the day, you can enjoy incredible food at the restaurant while during the night you can dance to live bands or great DJs. Featured by MTV (among many), the club has created a very good reputation as one of the best party spots in the world. (By the way: there are some lovely cocktail recipes featured on their website.)

Body Shot Nightclub is the newest and biggest club in Cabo San Lucas. This is also the place to spot celebrities (such as Pam Anderson) in the VIP areas. It’s one of the hippest and loudest clubs to party (and be seen!). However, the owners’ goal is to bring the prices of clubbing down so your Dollars should last longer here.

The most popular nightclub area in Puerto Vallarta is located in Downtown, around the Malecon Strip. There are many good bars, discos and night clubs to check out based on the music you like or the views they offer.

BeboTero is the place to hang out if you like live rock ‘n roll and want to see the beautiful views of Banderas Bay. The venue is very popular between the 20-30 years old clientele so during the Spring Break the fun is guaranteed.

Christine is a nice disco with a capacity of 1,200. It was recently remodeled and got a new sound & laser system. Christine is, without a doubt, one of the most popular clubs in Puerto Vallarta. It’s the playground of the rich and famous but no one says you cannot splurge on a special night (girls don’t pay the cover charge on Tuesdays!).

Just 20 miles south from San Diego, in North Baja, you’ll find Rosarito Beach . It is easily reached by car hence you won’t need a passport to get here. The night life is vibrant year round and during Spring Break it’s pretty crazy.

Papas & Beer is the preferred hot spot and the largest beach club on the West Coast. Dance the night away on the sandy beach while enjoying a cold beer or margarita!

Club Animale is located right on the beachfront and features live go-go dancers. You can dance both outside and inside or you can relax on the sand lounge. The club has 5,000 capacity and is highly popular among Spring Break vacationers.