Mexico City has been a large center of civilization for hundreds of years, starting with the Aztec empire of Tenochtitlan and presently as the country’s largest city. Among the buzz of traffic and city life, you will find three great examples of history among civilization. With its discovery in 1978, Templo Mayor is a unique Aztec ruin located in the heart of Mexico City. Teotihuacan is most famous for its majestic Pyramid of the Sun and Pyramid of the Moon, but is also an interesting attraction for art and history lovers. Tlatelolco is also another ruin found in the Plaza de Tres Culturas in Mexico City that is full of altars and temples.

Check out these indie travel tips for Mexico City. 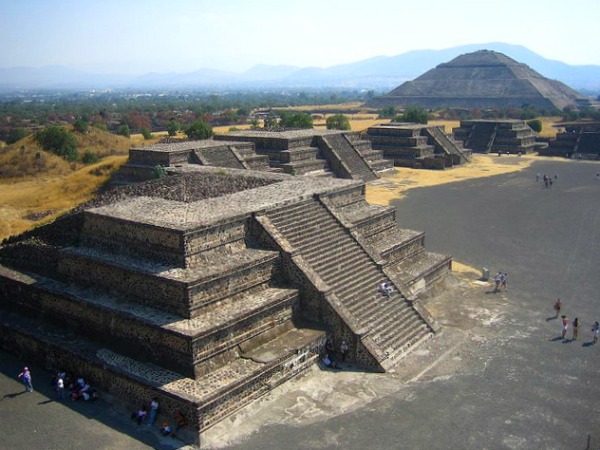 Teotihuacan, meaning “City of the Gods” in Nahuatl, is famous for its pyramids, but it offers much more than that. About 50 kilometers away from Mexico City, this is definitely a site you must see. Here you will find two giant pyramids, a variety of temples, two museums, a palace, a variety of sculptures, a garden and several plazas.

The most famous attractions, Pyramid of the Sun and Pyramid of the Moon, are both excellent challenges for the tourist who wants a workout. Measuring 63.5 and 45 meters in height, these pyramids are the biggest attraction in the area. You can hike up both of them and although the Pyramid of the Moon is not as tall, it is a little more difficult to climb due to the fact that the stairs are steeper. I suggest wearing light, cool clothing, bringing a lot of water and a camera for this adventure.

The pyramids align an avenue called Calle de los Muertos, because it was thought that these pyramids were mausoleums. On the west side of the Pyramid of the Moon you will find the Palacio de Quetzalpapalotl, which is full of colorful murals, and the Palacio de los Jaguares, which is noted for its symbolic animal figures. I also recommend visiting the Templo a Quetzalcoatl, which is noted for its plumed serpents and represents a rich Aztec history. Don’t forget to visit the museums as you continue to explore the ruins of this ancient civilization!

This site is open from 8 a.m. to 6 p.m., but I recommend going in the morning because the weather is usually much more enjoyable if you are going to hike the pyramids. The entrance fee is 51 pesos and you can bring a camera if you pay a small fee. As for getting there, you can take a regular Autobuses de Teotihuacán bus from the Terminal de Autobuses del Norte bus station in Mexico City. The trip takes less than an hour and is rather comfortable compared to what we expect from a bus service like Greyhound in the U.S. 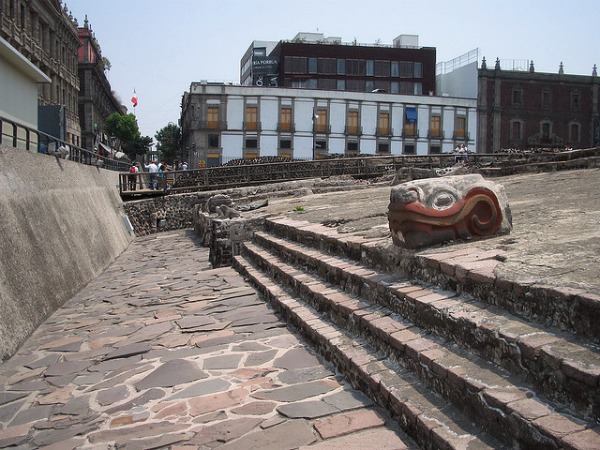 This pre-Hispanic temple, dedicated to the Tláloc, Aztec God of Rain, and Huitzilopochtli, God of War, is an exciting opportunity to learn about the history of the Aztecs while exploring rather recent archeological findings. Entering the area you can observe the ruins and a guide may show you around to explain the different layers and steps of construction.

There is also a museum where you can check out hundreds of pre-Columbian objects that come from more than 120 offerings discovered in the temple. More and more artifacts are being found as they continue to explore this ruin. Each of the exhibits in the museum demonstrates an important aspect of Aztec life, ranging from commerce and agriculture, to rituals and sacrifice.

The museum is open Tuesday through Saturday from 9 a.m. to 5 p.m. and costs 45 pesos per person. The following can experience the exhibits for free: children under 13 years old, students and teachers with identification, adults older than 60, retirees, and people with physical disabilities.

If you would like a guided visit, they are offered Tuesday through Friday at 9:30, 11:30, 14:30 and 16:30. On Saturdays, guides are available at 10:00 and 12:00, but no matter when you go, it is recommended to make a reservation or arrive early. There is no extra cost for these services, and it is a great way to get more information than what is posted at each exhibit. It is possible for you to visit the museum in a group during after hours, but it costs 150 pesos per person and requires a reservation.

For more information, check out the official Templo Mayor website. If you click on recorrido virtual, you will be able to see pictures of what you can find in the Templo Mayor. 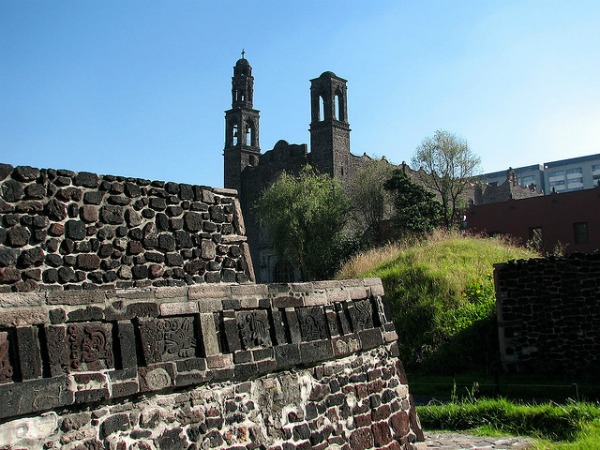 This is another Aztec ruin in the midst of a bustling city and was also rather recently discovered. Located in the Plaza de Tres Culturas, Tlatelolco represents one of the three most important aspects of Mexican culture: Aztec life. Here you will find a variety of temples decorated with glyphs that represent a rich history in addition to a palace and several altars dedicated to the Aztec gods.

Also in this plaza, you will find examples of Spanish culture and evidence of history in the making. Here I recommend visiting the Iglesia de Santiago Tlatelolco, which was built from the same stones used to create many of the Aztec temples. This church was built after the Conquest in 1521 when Cortes decided to construct Mexico City.

You can visit this attraction for free any day of the week from 8 a.m. to 6 p.m. You will also find free, guided tours in English and Spanish from 8 a.m. to 5 p.m. Monday through Friday.

photos by Owen Prior, tnb, schizoform