Veracruz is a lively port on the Gulf of Mexico that is lively and spirited and offers a variety of cultural activities.

The City Museum highlights Veracruz’s rich history, especially as the first point of entry for Hernán Cortés. It also devotes a large area to Carnaval, a festive celebration that occurs right before Lent starts. Carnaval has been celebrated in Veracruz since the mid-19th century and is a great opportunity for cultural immersion if you are in town for these dates.

This museum doesn’t feature indigenous and Spanish culture as much as it does musicians. It is dedicated to one of Mexico’s most famous musicians and the composer of many sensual boleros, which are played over the museum’s sound system. If you are a music lover, this is the place for you!

Once a fortress that served as a defense and pirates built in the 16th century, this was also home to many prisoners of the city. It was used as protection from French and United States naval invasions of Mexico, but is more famous for its brutal dungeon. Nowadays, it serves as a museum where you can learn about historic events that took place here. 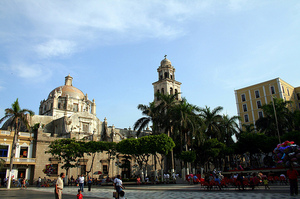 This is the city’s main square and is often where you will find social activities such as dances and cultural spectacles. Many times you can go here, or to many main squares in Mexico, and find a danzón, which is a highly disciplined dance that originated in Cuba. I encourage you to take part in this cultural activity, as it really is an enlightening experience!

As a largely Catholic country, Mexico is highly noted for its beautiful and intricate churches. This cathedral is no exception, topped with a tiled dome and a site for religious ceremonies such as baptisms, weddings and confirmations. It is also very normal to see people make the sign of the cross when they pass by this church or any other church in Mexico.

While many beaches in Veracruz are unfortunately known as being murky and bleak, the Playa Mocambo and Boca del Rio are known to be the best. Both are located south of the city, but be sure to observe the water before you enter! 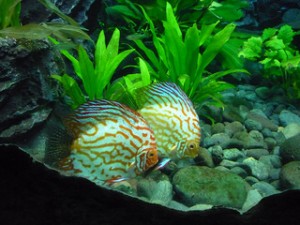 If you want to avoid swimming but still want to see the wonders this port city has to offer, the Veracruz Aquarium is a nice alternative. It includes a replica of a tropical forest and has a series of galleries displaying different marine life. This is obviously a great place to take children and explore sea animals ranging from octopuses and seals to seahorses and sea stars.

This is a seaside walkway that is very pleasant in the morning and evening. Although the sun may be strong in the afternoon, this walkway is packed with activity, but may be more enjoyable when it is cooler outside. This is a nice place to get an icecream or a paleta (a delicious popsicle made with real fruit that has either a water or cream base) and stroll with your loved ones.

Bordering a large portion of the Gulf of Mexico, Veracruz is a highly diverse state that offers a variety of cultural activities. Ranging from towns that are famous for jalapeno peppers to ancient ruins from different civilizations, there are a lot of attractions to visit. 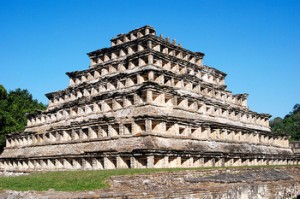 This is a ceremonial and residential city established during the Early Classic period, but archeologists are unsure to which cultural group it originally belonged. Found among the jungle in the 18th century, El Tajín has undergone a major restoration project, but only one-fifth of the structures have been restored.

The museum and ruins are definitely worth seeing, especially if you are interested in typical rituals, costumes and architecture of the area. Near the museum, gift shop and restaurant, an interesting tradition called Voladores de Papantla may be observed when enough people congregate. Five men climb to the top of a hundred-foot pole dressed in elaborate costumes and while one man plays the flute or drum, the other four men dive backwards, tied by a rope so they are hanging from the pole. With their arms oustretched, these men complete 13 revolutions around the pole before they land. This number is important because the number of revolutions equals 52, which is the number of years in an important Mesoamerican religious cycle. This is an amazing cultural tradition to witness and I suggest that if you ever have a chance to see it, pay attention to the little details.

Xalapa is another cultural center that offers a wide range of musical, artistic and historical attractions due to the presence of three large universities in the area. It has a wide variety of parks, lakes and other ecological attractions and is known for its world-class anthropology museum.